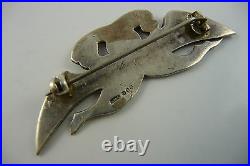 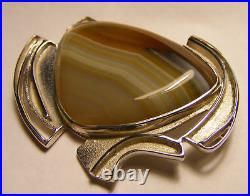 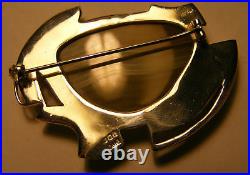 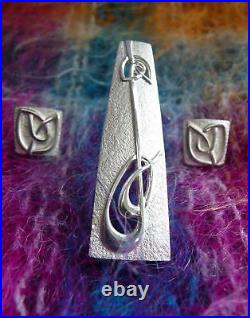 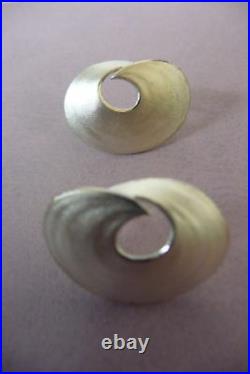 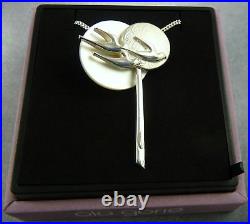 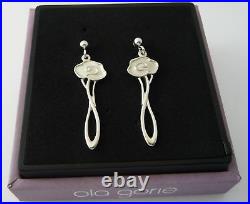 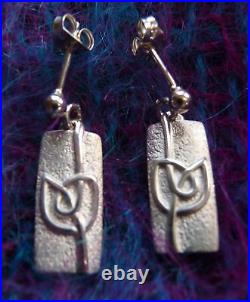 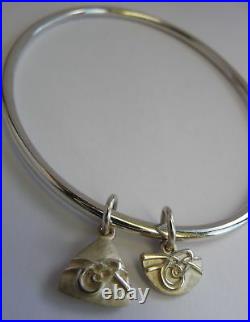 Rare 1969 Pictish Brooch - Inspired by Hilton of Caboll Pictish Stone Carving. See Hilton of Caboll images on google and for history. Dimensions: Around 5.5 cm x 2.0 cm Has Ola's very early makers mark "OMG"embossed on back and hallmarked silver in Edinburgh with a "D" hallmark indicating 1969. I have only seen two another brooch like this one. The last 8 pictures are not part of this listing. Ola Gorie is one of. S most important jewellery designers of recent times. A pioneer in the 1960s, she explored her Celtic and Norse heritage to find inspiration for stylish, wearable, modern jewellery. Her designs have continued to break new ground, and influence a generation of designers. Her early pieces quickly gained approval at home and abroad, and her name became synonymous with stylish, finely crafted jewellery. She was awarded an MBE in 1999 in recognition of her work both as a designer and as a founder of the modern jewellery industry.

This honour was welcomed by the many loyal customers and collectors of Ola Gories jewellery around the world, as fitting recognition for the long-standing quality of her designs. Olas designs are influenced by Orkney and British heritage Skara Brea, Maeshowe Dragon, Ring of Brodgar, Ness of Brodgar, Viking graffiti runes, Neolithic Tomes, artifacts in the Orkney and British Museums. Pictish, Scottish and Celtic heritage. And also from natural forms.

Ola was an early admirer of Charles Rennie Mackintosh and was the first jeweller to do a collection of jewellery inspired by his work and the work of Margaret Macdonald Mackintosh. Commissions for one-off pieces came from the Queen Mother, Liberty of London. House of Commons, Lloyds of London, The Royal Shakespeare Company, Glasgow School of Art, National Trust for.

Ola and her husband Arnold Tait retired in 1997. The item "1960s Ola Gorie Zoomorphic Pictish Brooch Pin Scottish Boxed Hilton of Caboll" is in sale since Friday, August 28, 2015. This item is in the category "Jewellery & Watches\Fine Jewellery\Fine Brooches & Pins\Precious Metal without Stones". The seller is "shawn29664" and is located in kirkwall, Orkney.

This item can be shipped worldwide.